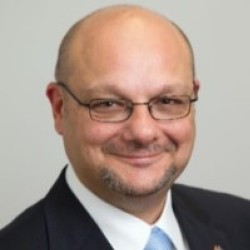 Robert Hossary
Robert has been a business leader in Australia and Internationally for more than 3 decades. He has led teams and has been successful in building several businesses and business units for not-for-profit, midsize and multinational companies throughout his career. He holds a Bachelor of Business and a Masters of Business Administration.

According to research done by R Long and J Shields which was published in The International Journal of Human Resource Management, extrinsic incentives such as monetary and other material valued rewards can serve to destroy the intrinsic motivation that exists in the workplace. Not to make this article too academic, it is important to define extrinsic and intrinsic incentives. Extrinsic motivation occurs when we are motivated to perform a behaviour or engage in an activity to earn a reward or avoid punishment. Intrinsic motivation involves engaging in a behaviour because it is personally rewarding; essentially, performing an activity for its own sake rather than the desire for some external reward.

Acknowledging employees regularly builds intrinsic values in them. Being singled out for a job well done, creating a better process, being a positive influence in the workplace or just caring about the quality of their work, will generate loyalty and pride in an employee which will result in greater productivity.

This is not to say that there isn’t a place for extrinsic incentives in business, but many companies today rely too heavily on monetary rewards and not enough on employee recognition.

“But monetary rewards ARE recognition” you cry. Yes, they are, but the culture they build may not be what you are trying to achieve in your business. Do you want employees that will do anything to achieve a monetary reward or are you building a culture of employees who care about the clients, the business, and their colleagues?

A colleague who was assigned to head a foreign subsidiary for an international IT company had to work very hard to change the culture of the subsidiary because employees in that country had been so used to being rewarded financially for meeting their sales targets that they were no longer cared as to how they did it.

One salesperson boasted that he closed a considerable deal to a client for a product that he knew was not ready to be marketed and then left the company that he worked for once he received the commission for the sale. This left the client with a product that they paid for but could not use until modifications were made.

Good leaders acknowledge their employees’ efforts. Great Leaders recognise the individual’s contribution to the organisation. This is a subtle difference but a critical one. Building a sense of team is very important and will be easier to achieve if you build a sense of belonging in the individual.

This is done by recognising the contribution that the individual makes to the whole organisation and the impact that their individual contribution has on their workmates.

For example, Gerard is a storeman for a large electronic wholesaler. While packing orders for a client Gerard notices that the quantity of one line-item in his picking slip is significantly lower than all the other line items on the order. In fact, that item is critical for the operations of the other items that have been ordered. He decides to bring this to the attention of his manager who then questions the order taker about the accuracy of the order.

It turns out that an error was made when the order was keyed and that had the shipment been despatched as presented the client would have been unable to complete an installation and be behind schedule on a major project which would have been very costly for them. Gerard’s diligence not only saved the client’s project but his company’s reputation.

His action helped secure greater loyalty from that client. Unless Gerard was told how his actions affected the company and his colleagues and the clients, the chances of Gerard repeating that behaviour reduces significantly.

The best way to recognise your team is to know what is important to them.

Are they family-oriented? Do they enjoy outdoor activities? Are they studying? What action, by you, would signify their importance to the team and to the company in their eyes? Using the previous example, you learn that Gerard has been studying for an undergraduate degree part time.

By acknowledging Gerard’s efforts in the company by means of a visual sign of appreciation such as a plaque or trophy (an extrinsic acknowledgement) his efforts will be on display for all to see in future days but adding a personal component such as one fully paid study day every semester will cement Gerard’s loyalty and demonstrate that the company in touch with what is important to its people.

The personal touch is as important as the public display. Recognising desired behaviour publicly sends a clear message to the entire workforce that you are watching and appreciating each individual’s contribution to the company.

Having a trophy to recognise the event will keep the good deed in the consciousness of the team longer. Unlike an ‘employee of the month’ program, recognition of an individual’s effort does not pitch one employee against another. In fact, it heralds their achievements and the impact on their colleagues.

So, when you are considering how to recognise you, employees, don’t just consider milestone achievements. Look deeper at what type of culture you would like to instil in your company. Ask yourself, ‘What do I really know about the people I work with?’. You see the people you work with more than you see your family (in some cases). Create an environment that brings out the intrinsic motivation we all have.

Lasercraft is committed to offering tailored recognition solutions to our clients. You can browse our range of products here.

The Business of Recognition

Give us your details,
we'll give you a call
within 1 working day.